Elections 2019 present a stark choice to the people of India.

Will India be a free and democratic country and will the Indian people be free from fear, free to live and work and pray and eat and love and marry according to their wishes, free from poverty and free to pursue their ambitions? Or will India be governed by a pernicious ideology that will trample upon people’s rights, institutions, conventions and the healthy differences that are the essence of a multi-cultural country?

Will India be able to lift all our people with the tide of growth and will it get rid of poverty or will India become a country marked by gross inequalities of income, wealth and power?

The harshest blow is that our citizens have lost their faith in the words of the Prime Minister and his Government. He has given us only grandiose promises, empty slogans, failed programmes, false statistics and an overall climate of fear, intimidation and hatred.

In this time of deep crisis, the Indian National Congress promises a clean break from the past 5 years. With this manifesto, the Congress offers to you the only national alternative: a distinct alternative that is unwavering in its commitment to truth, freedom, dignity, self-respect and prosperity for our people. We promise to make India strong and united, and a just and prosperous society.

Our manifesto process reflects our commitment to a higher vision, that of listening to the Jan Awaaz. It is not the ‘mann ki baat’ of one individual but the collective voice of lakhs of people.

We have used all possible tools—website, WhatsApp, email, online petitions, and meetings with citizens, experts, stakeholders and grassroots activists. Between October 2018 and February 2019, many of you engaged in a conversation with the Congress, in at least 16 languages, through the medium most easily available to you. Our Manifesto Committee organised 121 consultations with the public and 53 consultations with experts such as farmers, entrepreneurs, economists, students, teachers, women’s groups, doctors, lawyers and many others. We held consultations in over 60 locations across 24 States and 3 Union Territories. We also met with NRI representatives from over 12 countries.

I have personally been listening to our people’s voices from all corners of our country. Every single word in the Congress manifesto reflects your voices and the aspirations of crores of Indians. It is an action plan for the future of India. You inspired this manifesto. It is a living manifesto. Now, it needs your support and your vote.

We will present a report to the people of India, every year, on the status of implementation of our manifesto. We will also set up an independent social audit group, which will make its own assessment of how and to what extent we have fulfilled our promises. This is our commitment. Congress promises. 121 Congress delivers.

This is our commitment.

Is this relevant to you? Leave a Message 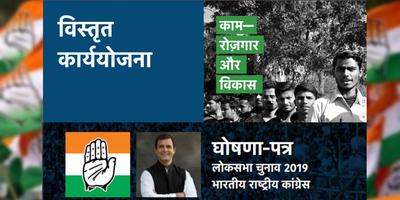 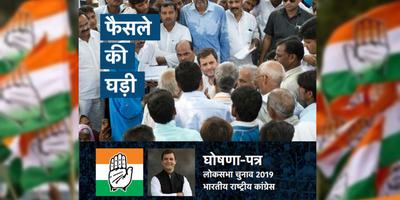 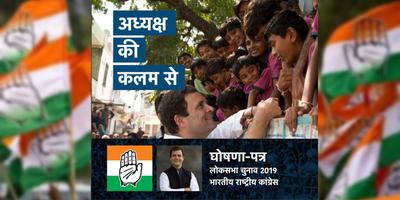 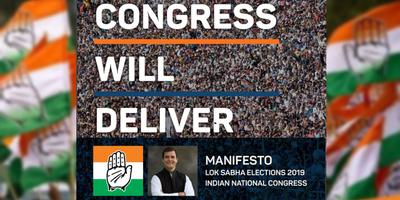 1. JobsUnemployment is the gravest challenge to the country and job creation is the highest priority for the economy. In the last 5 years, t... 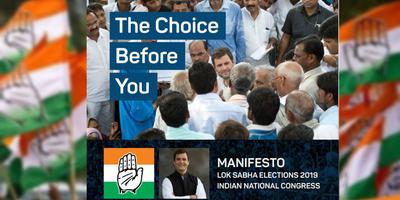 Congress Manifesto 2019 – The choice before you

The 2019 general elections will be held during Mahatma Gandhi’s 150th birth anniversary year. This reminds us that these elections are mainl... 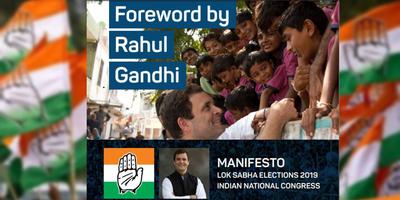 Elections 2019 present a stark choice to the people of India.Will India be a free and democratic country and will the Indian people be free ...